Introduction of the Project:

The sensitization program provided a detailed information to the journalists about UPR right before Nepal’s human rights situation was reviewed in Geneva during the last week of January 2011. The program concentrated in three places–Kathmandu, Biratnagar and Butwal. Representatives of Human Rights cell of Office of the Prime Minister (OPM), regional offices of the National Human Rights Commission, District chapters of Federation of Nepalese Journalists (FNJ) participated in the program.

The program informed journalists about various aspects of UPR. As UN’s new mechanism to review human rights situation of the member countries, Nepalese journalists were orientated about its news value and social justice element it carries. The focus was to raise the pressure over Nepali delegation to accept Nepal’s deteriorating human rights situation and take appropriate measures to improve it. The program result was very much encouraging. The participating journalists raised the issue of human rights and created excellent media buzz, covered analytical news on the issue and contributed for the collaboration between government and NHRIs. 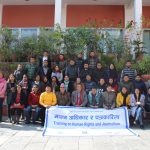 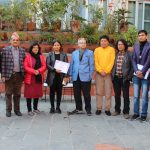 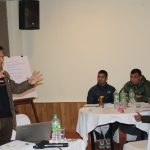